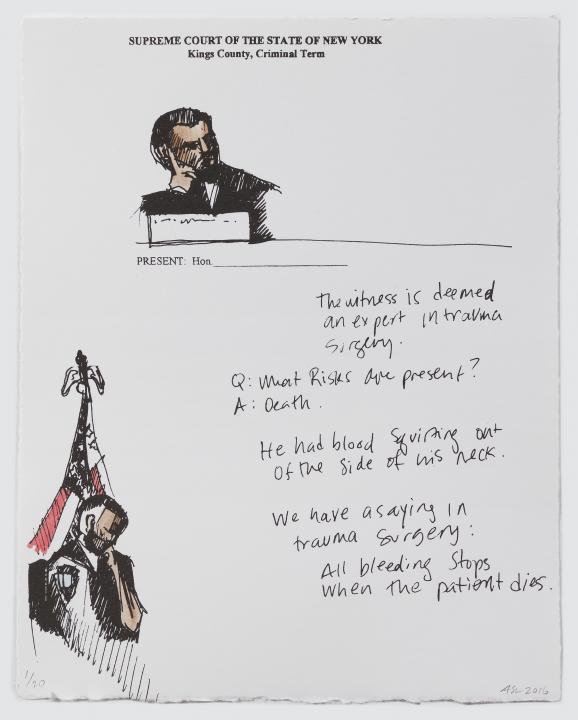 Officer of The Court (Courtroom Print #3)

Lithograph with hand-coloring in watercolor pencil
Variant edition of 20
Signed, dated and numbered in pencil

Executed in New York in 2016, the present work is the third in a series of prints the artist has called her “Courtroom Prints.”