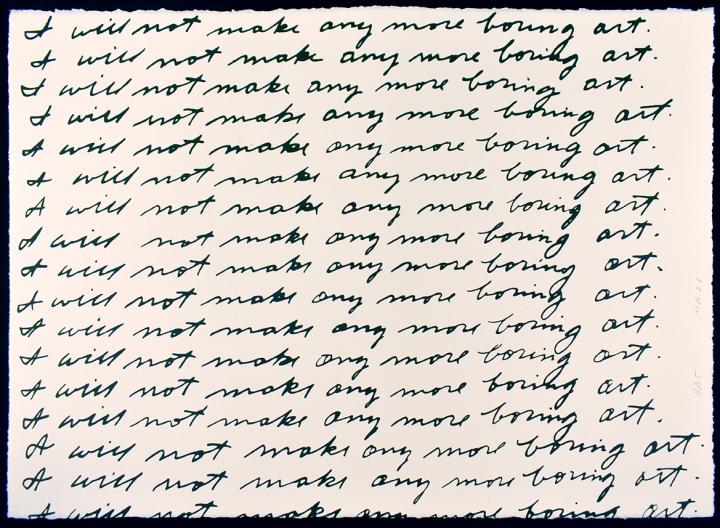 Not Baldessari (I will not make any more boring art, 1971)

Bidlo, who considers himself a Conceptualist, is a devout student and connoisseur of twentieth-century art and his recreations are done with a sense of appreciation and devotion, as well as an exploration into the concepts of originality and creativity, author and authorship.  The artist has said of his process “My work is perhaps an extreme example of this strain of art which references other art because it directly mirrors the image, scale, and materials of the original. Whatever differences appear in my work are a consequence of my working method and not an attempt at projecting a personal style.”

In the present work, Bidlo pays homage to one of the biggest appropriation artists of the post-war era, the late John Baldessari (1931-2020).  Bidlo has appropriated Baldessari’s first ever print edition, a project that was originally realized by Baldessari at the Nova Scotia College of Art and Design’s lithography workshop in 1971.