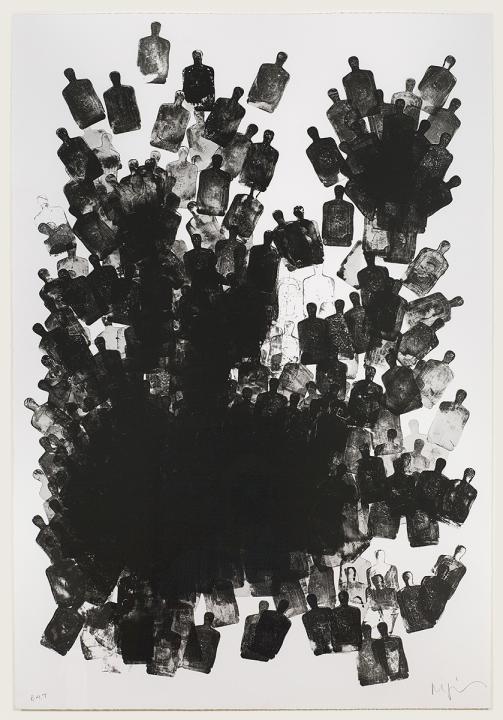 Lithograph
Edition of 44
Signed and numbered in pencil

Executed between June and October 2013, this is the first print edition by the artist.

Waterbury, Connecticut, Mattacuck Museum, A Face Like Mine, 02 May – 12 September 2021 (the museum’s example).

According to the artist:

“Gladiators is an extension of my project that utilizes spent law enforcement artillery targets shot through by practicing officers. While that project capitalizes on the grotesque afterimage caused by successive rounds and accumulative layers—an exaggerated condition that is only perceivable when the gang of actual targets is presented in verso—the gladiator print is a way to examine the affective qualities of that imagery by more direct means. A miniature version of the life-sized silhouette is now the resulting mark of a repeated action; an action that allows me a more visceral grasp of the meaning of exaggeration and its relationship to law enforcement. For it proves impossible to make identical marks and more likely to cause obliteration and blot out.”

Gladiators is in the following collections: