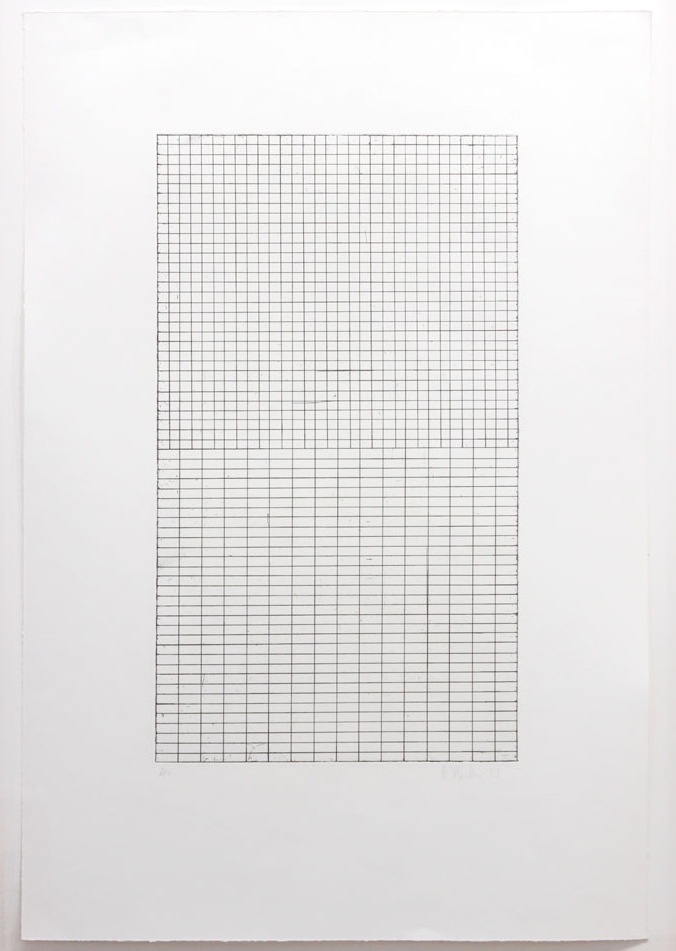 Etching printed in black, from the Adriatics portfolio seven, a fine, fresh impression of the only known state, the full sheet, printed on white BFK Rives paper, with margins, signed, dated and numbered in pencil by the artist, executed in an edition of 40 (there were also 12 Artist’s Proofs), printed by Crown Point Press, published by Parasol Press, in very fine condition, framed.

Marden worked on the Adriatics between 12 and 21 March and 10 November 1973. The formats of the images are diptychs and grids. The title of the prints refers to the sea between Italy and Greece. Marden journeyed across this sea on the way to his new house on the Greek island of Hydra. The artist has stated that Adriatics is about the difference in weight and density between sea and sky. It also suggests the monotony and meditative state induced by gazing at the sea. (Lewison, p.104)