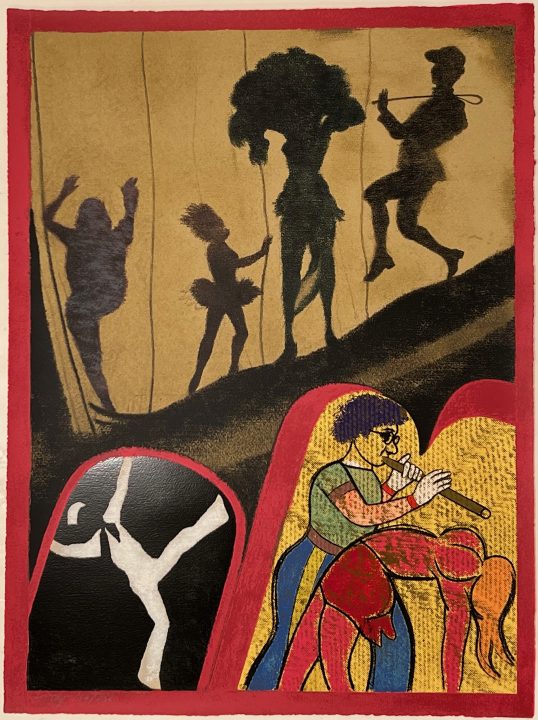 Silkscreen printed in 23 colors, from the New York, New York portfolio, a fine, fresh impression of the only known state, the full sheet, printed on Velin Arches paper, to the edges, signed and numbered in pencil by the artist, executed in an edition of 250 (there were also 25 Arabic Numbered APs, 35 Roman Numbered “deluxe images” and 10 Roman Numbered “deluxe” APs), printed by Kelpra Studios Ltd, London, published by the New York Graphic Society, in very fine condition, unframed.

This work was executed and signed in 1982 and published in 1983 as part of the New York, New York portfolio.