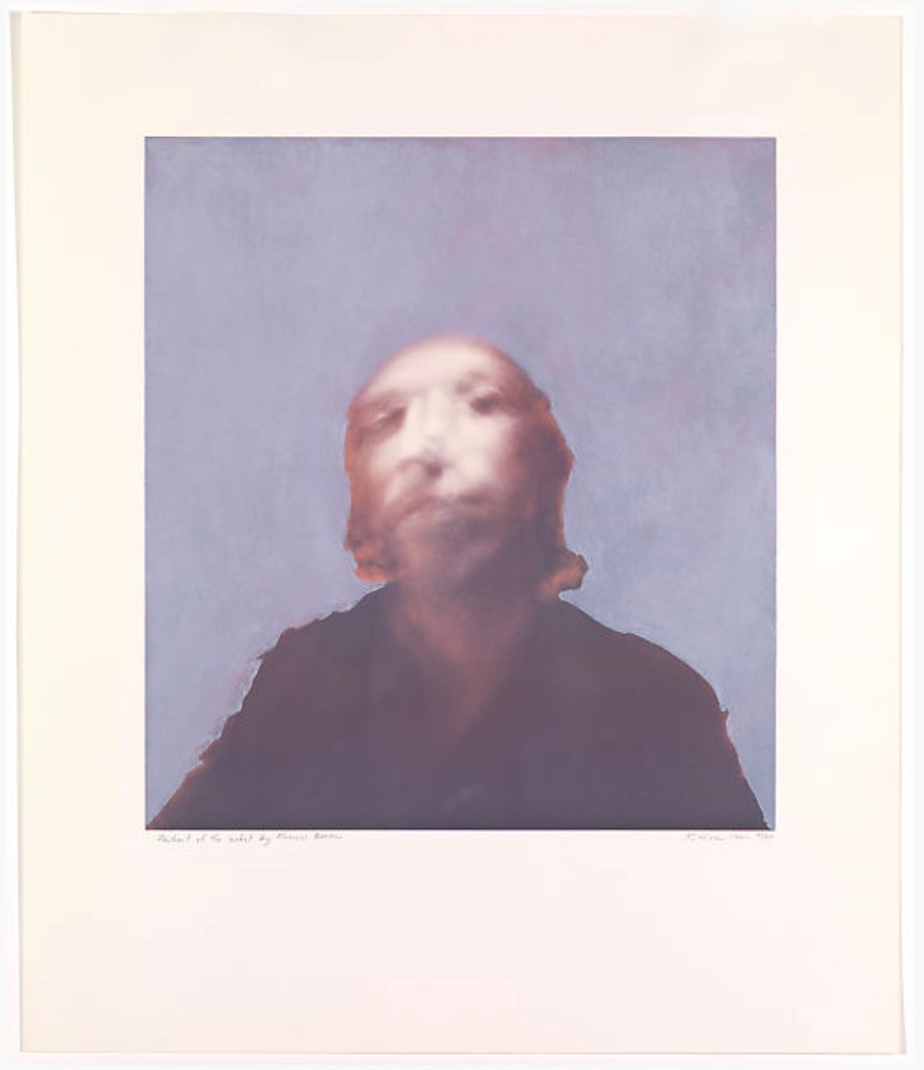 A portrait of the artist by Francis Bacon

Collotype and screenprint printed in colors, a fine, fresh impression of the only known state, the full sheet, printed on smooth white Schoeller Elfenbein-Karton paper, with margins, signed, dated, numbered and titled in pencil by the artist, executed in an edition of 140 (there were also 14 Artist’s Proofs) the collotype (from a Polaroid photograph of Richard Hamilton by Francis Bacon) printed by the artist and Heinz Häfner at Eberhard Schreiber, Stuttgart, the screenprining done by the artist and Dieter Dietz at Dietz Offizin, Lengmoos, Bavaria, published by Professional Prints A.G. Zug and Petersburg Press, London, in very fine condition, unframed.

Richard Hamilton was first introduced to the Polaroid camera on a visit to Roy Lichtenstein’s studio in New York in March of 1968, when Lichtenstein took his picture immediately and handed Hamilton the developing photograph. Fascinated by the possibilities of this spontaneous new medium, Hamilton purchased his own Polaroid Camera and began to ask artist friends to take pictures of him. Over a period of 32 years Hamilton collected 128 portraits, which he published in groups of 32 as a series of books entitled Polaroid Portraits. On July 14, 1969, Hamilton invited Francis Bacon to lunch at Robert Carrier’s London restaurant. Hamilton took his Polaroid with him and asked Bacon to photograph him even though the light was poor and Bacon was, on his own admission, a terrible photographer and also slightly inebriated. What fascinated Hamilton was even in the simple act of pointing the lens and pressing the button, something of the personality and style of the photographer was captured in a mechanical process, as was the case with Bacon’s out of focus photograph. Hamilton then decided to push the Polaroid further, and so had it enlarged and, over eh next few weeks, under Bacon’s tutelage he added a number of painted brushstrokes to different versions, before Bacon himself selected the final version to be made into the present screen print edition.