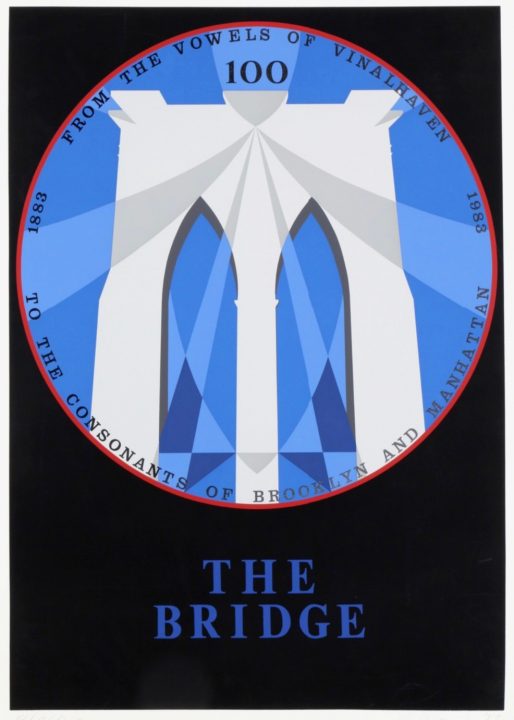 Silkscreen printed in eight colors, from the New York, New York portfolio, a fine, fresh impression of the only known state, the full sheet, printed on Arches Cover paper, with small margins, signed, dated and numbered in pencil by the artist, executed in an edition of 250 (there were also 25 Arabic Numbered APs, 35 Roman Numbered “deluxe images” and 10 Roman Numbered “deluxe” APs), printed by Studio Heinrici, New York, published by the New York Graphic Society, in very fine condition, unframed.

Published during the centennial year of the Brooklyn Bridge, the present work relates to several of the artist’s paintings of the subject from 1964.  Indiana’s inspiration for this theme came from his familiarity with the bridge, having lived in close proximity to it when his studio was at Coenties Slip, as well as from the literature of Hart Crane and the paintings of Joseph Stella, John Marin and Georgia O’Keeffe.