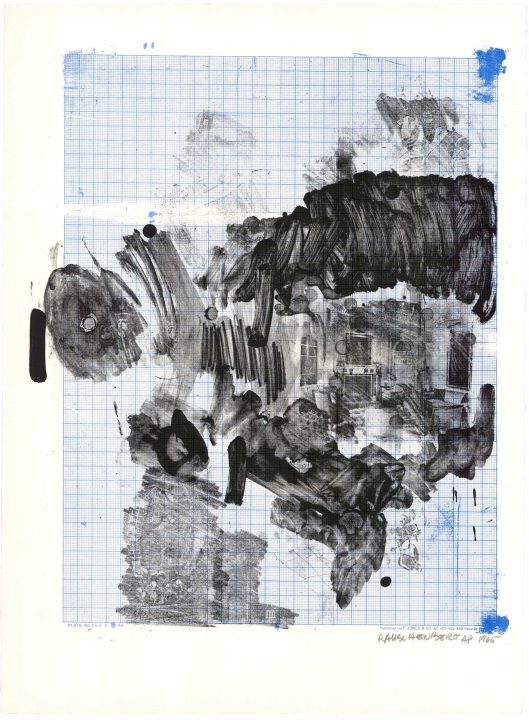 Lithograph printed in two colors from two stones, a fine, fresh impression of the only known state, the full sheet, printed on white wove Rives BFK paper, with margins, signed, dated and numbered in pencil by the artist, executed in an edition of 42 (there were also 5 Trial Proofs), printed by by Ben Berns and Maurice Grosman at ULAE, published by ULAE, in very fine condition, framed.

When metal plates and offset printing replaced cumbersome lithograph stones after World War II, fine Bavarian limestones were discarded by countless commercial printers.  All of ULAE’s stones were commercial discards.  The back side of the two stones used for the backgrounds of Visitation I (and Lawn) had a graph paper pattern that printer Ben Berns restored so Rauschenberg could use it.

The Art Institute of Chicago