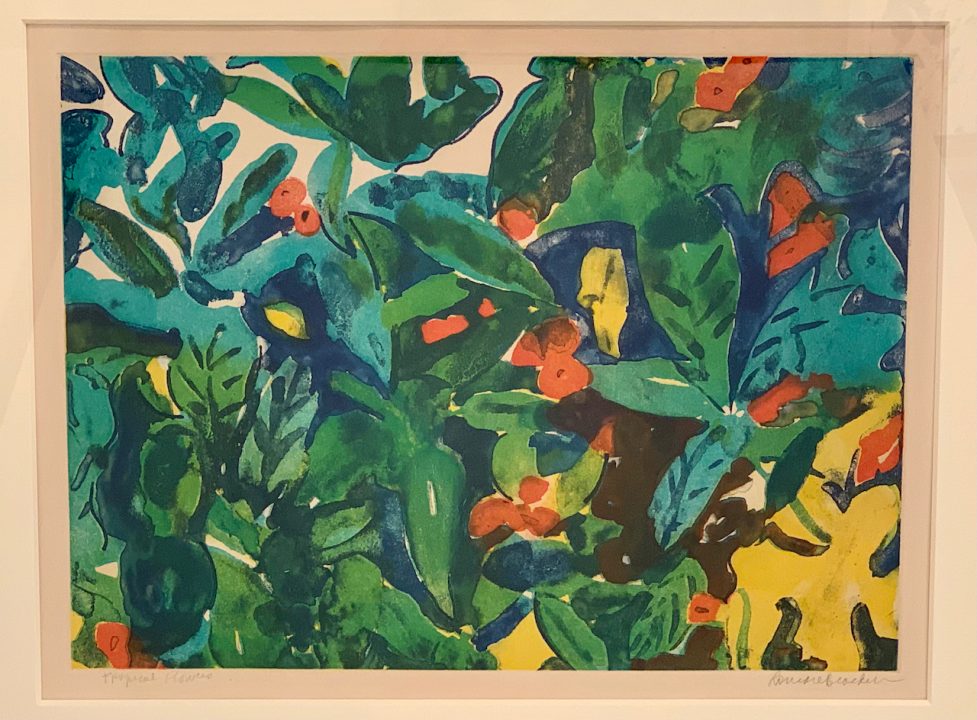 Etching with aquatint printed in colors, a fine, fresh impression of the only known state, the full sheet, printed on Arches paper, with margins, signed and titled in pencil by the artist, executed in an edition of 100 (this is a proof outside of the numbered edition – there were presumably additional proofs), printed by Mohammed Khalil at the Robert Blackburn Printmaking Workshop, New York, apparently published by the artist, a few extremely tiny areas of foxing in the margins, otherwise in fine condition, framed.

Tropical Flowers was Bearden’s first etching at the Blackburn Workshop, and was produced as a fundraiser for the the Lincoln Square Neighborhood Center, New York.
.